Tamarlan wrote:Balance became even worse since AAO is removed from bag rolls. Good renown from kills is obviously not incentive enough. Cannot remember that I saw 260% AAO in EU prime time in the last month or years.

Aye, most people are trying to gear. Sure the high renowns with full bis are happy to farm aao bonus but the rest will follow path of least resistance to getting gear.

Removing aao bonus means that path of least resistance= winning and victory generaly goes to side with most numbers. So xrealming to winning side is now encouraged by the system in place.
Alea iacta est
Top

Nefarian78 wrote:How many rank 80s there are in each faction means nothing. RR80 just means that someone has more time to play (and an iron will) compared to someone else.

And btw, RR80 is much, much faster to reach on the side that has AAO, compared to the one that has huge zergs...

This is why it is so interesting to use this link:
https://www.returnofreckoning.com/whos-online
sorted by Renown rank, especially during EU primetime.

magicthighs wrote:Finding bugs is what players are for. The RoR team itself doesn't have the people nor the time to do that.

Mystry wrote:Order has always been underpowered

This is what happens when plebs are allowed access to forums. Im sorry for the pun but you have obviously such a horribly limited amount of experience playing both sides that your statement is just null and void.

I suggest you brainstorm further statements a bit further because you, sir, are wrong. Every step of the way.

But destro is cooler and hence have more basement dwelling 40-year olds playing it.
That's a good way to get a warning.
Top

The truth has been spoken!
Spoiler: 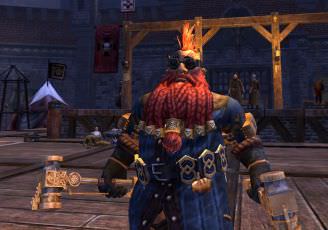 Wasn't it that the 12yo's are attracted to it?
I mean, we'r'chaoz'n'sheit, WIKANGS'mothafoka!. Mommy get ze camera - I'm a weeb darkmage of death, top of my class and all that, and this is my friend, big shroom called Ordirsacksxx. Doesnt strike me as, ahem, the mature kind

Scrilian wrote:Wasn't it that the 12yo's are attracted to it?
I mean, we'r'chaoz'n'sheit, WIKANGS'mothafoka!. Mommy get ze camera - I'm a weeb darkmage of death, top of my class and all that, and this is my friend, big shroom called Ordirsacksxx. Doesnt strike me as, ahem, the mature kind

Yeah, we get those as well

szejoza wrote:Lacking tanks? Roll one
Lacking healers? Roll one
Before whining check what exactly did you do for your realm. Probably Rolled another RDPS or MDPS which melt without support

Big AAO - roam to the hell of it. Can't beat 6-man? Do a 12-man and get guaranteed kills, where each kill is worth a tons of renown.
Or if you are sociopath go for oil in keep, few days ago when Order had 280% AAO and nobody bothered to go to keep I managed to get 20k+ renown with using one oil, the same amount I'd get after few hours of playing in zerg warband getting this 'fat' 1-4 renown per kill


I don't see why devs should be bothered with population numbers, it's clearly a playerbase issue. As long as both sides are balanced in terms of skills/tactics/morales things will balance itself. Any direct control of numbers will have huge negative impact on the server community

One million percent of right and true!!!.
For God Sake its a tactical game, its about thinking, tactical maneuvers. Tactical means if you outnumbered, You must use "hit and run" tactic, ambush and gank enemies.
The TRUE problem in all this thread is that Players, knows ONLY one to way to play (warbands), and when they meet a Two warbands they are helpless. They cant let go of WB leader hand and start act independently.

IF Dear Devs can do something its only a reduce the role and profits from participating in partys/premades/wb , maybe in such situation zerg will stop pushing,

BTW Fat Squigs run mostly, Choppa, Mara, SH and Zealot/Dok and 4 ppl on accident characters is tons of fun, especially when aao is on Destro side, trust me.
Top
Ads

I think my realm sucks.

And I happen to play both of them.
Top

Aurandilaz wrote:I think my realm sucks.
And I happen to play both of them.