Forum rules
Before posting on this forum, be sure to read the Terms of Use
Post Reply
155 posts


That would create a loosing faction zerg which tab 1 flag at time vs a spreading winning faction, it's dumb and exatly what we dont need....we need a meccanic which split both zerg equally all over the map .

Live had these individual lock which created this. We instead need a single simultaneous lock/open for all flag so that both faction must cap em togheter with out be able to snowball one after another. Its similar to live yet different.

Yeah, I am fully aware of what it does and does not do. This magical mechanic that splits the zerg up across the map does not exist. Every variation of the BOs cap scheme has some nasty side effect and/or drawback and NONE of them break up the zerg. At all. Ever.

The only mechanics that should be considered at all are one that encourage participation and give the losing side a reason to continue to head out into the lake. The timers at least had that going for them. There are other options too. But just give up on the whole "split the zerg" thing because nothing on live or on this server ever managed to accomplish it.

You don not because what i propose wasnt even being tried in first place and as said it does not have side effect...

And it does break the zerg sicce the zerg cant be on 4 spot simultabeusly... In the same windows.of time...

Yeah, it isn't rocket science. Everything has unintended side effects. But feel free to write up a full proposal. I'd love to be proven wrong.
Top
Ads

Maybe you should try "locking" mechanics of Scenarii like Graveyard for RvR ; having 2 or more BOs at same time will "reset" flags, give amount of RR/XP/Contrib depending of number of BOs taken at the same time, and ranking keep accordingly.

Then, flags gone Neutral and couldnt be retaken immediately by same realm, allowing opposite side to make tactical moves to retake freed BOs.

This way you "force" people to play smart, splitting their force to take a maximum of BOs at the same time, instead of circling endlessly.
You allow sneaky caps (since opponents are not affected by BOs cooldown), and incitate defense (you cant AFK with active capturing mechanic - like in Fortresses flags, you will need to click and hold on a flag to capture, more people = quicker cap - and the cooldown between 2 controlling attemps), while encouraging people to cap as much BOs at a time to ensure maximum gains.

Basically you will gain nothing with only 1 BO (like atm), but gain a contribution+ranking when you capture the 2nd flag. Allow a timer of some seconds (15-30s ?) before scoring, and a bonus when capturing more than 2 flags at once (further increasing incentives to spread and coordinate moves).
After a cap, rinse and repeat tactic, but with locking timer you'll have to prepare for incs, but since you are not forced to stay at flag, this opens new moves for ambush/deceit, without altering intended gameplay.

Also, I would suggest lowering penalty for loosing control of 2 BOs : currently all your progress (yellow bar) is wiped the instant you down to 1 BO held.
It will make more sense to only lose progress depending of how long you held 2+ BOs, and how much BOs you loose at once.

I think it makes sense with my above proposed changes to BO controlling, since there will be a certain timeframe between holding BOs (they will reset after a "lock").


TL:DR :
1. Bring simultaneous capturing of RvR flags, like in Graveyard/Forge Scenarii.
2. You have to actively capture flags by clicking on them (more people interacting = faster cap)
3. When captured, flag stay under control exactly like now.
4. As soon as 2 or more flags are captured and held in some timeframe, everyone contributed will score + keep rank (2 BO = normal contrib, 3+ BOs = better contrib/rank)
5. Right after the contribution "tick", flags reset, with a "no capture" timer for scoring realm
6. Derank after dropping to 0-1 BO is in proportion of time/number of flags held before cap.


Thanks for your reviews, hope our suggestions may be discussed further.
Top

Why each time we are trying something, half of the planet consider it is the end of the world ?
How many time will i remind all this project is a vast work in progress ?

About Ticks, since a year, we have daily complains about AFKsitting, and even it was my idea, i must admit i didn't think about it. I assume the fail of it. Now about actual change, it is a work in progress. We are aware of actual drawbacks, and in the next weeks, it will be enhanced.

The proposition to lock a BO in my very honnest opinion is not a good one. I explain. You have 6 hotspots, and actually 4 dynamics in a zone. Locking one of them discard it for a dedicated amount of time, reducing the number of objectives and reinforcing the amount of players around those interactable. So imo, the less Objectives you have, the more the zerg will be.

About T1, we are monitoring it and some solutions will be deployed asap.

There needs to be ticks of some kind or no one is going to defend. that had to be the reason you put such a system in the first place right? Idk it just doesnt make sense to me. I was running around rvr and it was insanely dead. I was getting rekt by destro so i just said **** it and made a destro character as well. Guess when im out numbered or getting rekted in sc. Im just switching back and forth to make it more unfair until you make this right. rvr is terrible in t-1. Its a joke really how bad it is. Ya the new exp is much better but when you are out number 70% destro to 30% order in t-1 there is problem. at least give us a reason to defend the one flag we can take. We cant win a 3-1 fight. thats not cool. Destro starting area is much faster to level in. There isnt as much repetitive running back and forth. Playing order after this patch is a joke. I guess im just going to do as is said and keep making it unfair for the night crew. I dont get why our rvr experience is taking away even though we were massive outnumbered last night. GG order hello Destro. Well, i guess im going to be switching back and forth. So ya. Higher numbers one side and im losing like that again. Im just switching to the better faction every time. at least then i can get exp for outnumbering someone. Great change LOL. not I just want to play the game even if it means standing on a point waiting to be rushed. i dont normally care about what faction i play on but if im going to be outnumbered and trolled on my exp. I'll be on the bigger army every time for now on. Time to make t-1 worse for everyone.
Top

Any remember the guard change? omg the lvl 40 rage
Top

Detangler wrote: ↑
Sun Apr 07, 2019 2:49 pm
I think a halfway point between no ticks and BO ticks would make both sides happy. Maybe after taking a BO you get ticks for 2 minutes then it stops.

maybe you must reach a certain personal contribution in the region, THEN you get BO ticks
Top

• Revert this atrocity.
• Bring BO ticks back.
• Kick players who get AFK status from RvR territory and give them a 30m quitter debuff that forbids RP gain.
• Profit.
Spoiler: 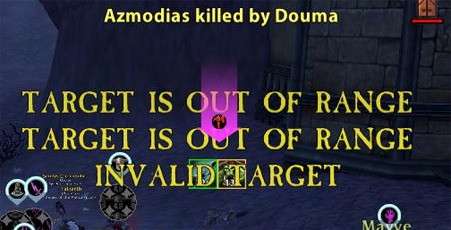 Yes take back the flag ticks. Who cares about afks? Someone can be afk in any game mode. Sc pve etc. But they take credit anyway. Why punish everyone rvr exp only for that?

Someone need to stay on banner. So i prefer to give some xp to a afk crew than getting none sitting on banners since they are a waste of time.

Is like deleting bags from castles. Since someone could go there hit 1 time to the lord. Go afk and get a gold bag. So why should u punish everyone xp only for the minory that go afks?
Top
Ads

i feel like its the right approach to change the BO's but shouldn't it of mirrored somewhat of like lorgin's forge or something along those lines? keeps players moving about the rvr lake.

Yaliskah
King of Nothing
Posts: 1812

Show me the word you don't understand.