Forum rules
Before posting on this forum, be sure to read the Terms of Use
Post Reply
224 posts

- Fixed an underflow issue with some calculation in rare circumstances. (abilities would hit it the negative 20k ish numbers in the log but actually do massive damage).

- Added a malus to AAO:
XP, RR and Inf gains from slain players will scale negatively with their AAO inverse (so if they have 80% AAO they are worth 20% of the normal value).
If a player have 100 AAO or more they will NOT be counted towards contribution gain, quest, drop loot or increase the reward for downing a keep.
This change is to incentivize further that we dont want AAO fights but we want fights that are even in nature. And if AAO is too great there is no winning for either side. Gains will be looked at later and might be increased when this malus is not in effect. NOTE: This malus affect KILLS ONLY, not zone or keep locks.

- Fixed an issue where you could queue more then 2 players for the PUG SC.

- Chicken debuff is now removed should you exit the t1 zone before rvr flag is enabled.
- Chicken debuff is now removed when the pvp timer runs out.
- Chickens can no longer interact with siege equipment.
- Leveling while bolstered should now properly keep the bolster if its valid (will however turn you into a chicken if you leveled past the areas level).

- Fixed an issue where a WL could keep the buff from pack hunting and remove the tactic.
- Electromagnet now properly pulls to the device and not to the dwarf, this prevents engineers from being able to pull destro through walls intentionally.
- Tentacle ability "Acidic Spit" will now scale correctly, it was set a bit high.
- Also changed this to a Hex to match its tooltip
Spoiler:

- Oppressing Blows Tactic moved to 7 points Path of Dread
- Crippling Strikes Tactic removed
- New Tactic Daemonclaw placed at 9 points Path of Dread - "Whenever you critically hit an Enemy with a Great Weapon, your Strength, Weapon Skill, and Initiative will be increased by X for 10 seconds. This effect will not refresh itself." Effect is an enchantment.

[Path of Dread - A Mastery path focused on offense.]

Originally Crippling Strikes was a must have for the Chosen class regardless of configuration, it was a debuff that was half as good as the Morale 3 Distracting Bellow (reducing the damage of the person you hit by 25%) but with a 100% uptime potential and on multiple targets. It was grossly overpowered and that version has been gone for a long time now. Crippling Strikes was first nerfed to 10% damage reduction debuff (from 25%) and then changed to place a debuff (Wasteland Ruse) upon the enemy which increased their chance to be critically hit by 10%.

This debuff function was previously the reserve of a Blackguard, 2 hander only ability deep in the Malice tree at 13 points, but on crippling strikes it was available to all chosen, regardless of configuration, for minimal investment on a 7 point tactic. It was originally used as a placeholder from functions already accessible in the client such as being flagged as Curse and other technical client information which allowed its use.

Being a tactic this stacked with Crimson Death and unfortunately we have seen groups picking this up at a 7 point investment by shield Chosen who then have a 2h Blackguard which results in the group debuffing the everloving out of their unsuspecting opposition. This formed a situation where the fringe could "game" the system and cause a grotesque amount of debuffing function increasing the damage potential from their team/realm to an extreme degree in both small and large scale.

Daemonclaw serves to remove further debuffing capacity from shield Chosens, a class which always has a place (regardless of configuration) due to the capability of their aura mechanics, they are the kings of passive buffs and debuffs, they have no need for an additional offensive debuff. As a comparison, Overpowering Swing tactic (debuffs targets so they are 10% more likely to be critically hit) on the Knight of the Blazing sun works purely off the 2h ability Arcing Swing which in essence serves as a mirror to Crimson Death.

Destruction doesnt need the function of Crimson death being mirrored on their OWN realm in a much more accessible form, its the Blackguards 13 point reason for investing.

So, what we did was augment the function of the offensive tree for the 2h Chosen by creating a "mirror" image of something Destruction lacks and is beyond popular among Knights of the Blazing Sun, that of Runefang. It is "only" at 2/3rds the value of Runefang (if you invest fully into the Path of Dread you gain 160 Strength, Weaponskill and Initiative for a total of 480 stat points). Why? Two reasons, firstly Runefang gives an obscene amount of statpoints, 720 total in fact at lvl 40 (to get a tenth of that amount you have to spend 20 renown points) so it may or may not be up for review at some point and secondly because Daemonclaw's delivery system is more conducive to the roll of offense as you will gain its benefits from attacking while a Knight has to be attacked AND defend via parry (frontal melee) or parry guard damage, if they or their guard target are not being attacked they are not able to gain the benefits.

The end result is Shield Chosens lose the choice to get a debuffing function they shouldnt have had, Great Weapon Chosens lose a debuff but gain a significant self buff which augments their role in personal offense and defense (weaponskill increases parry, initiative also lowers your chance to be critically hit) in a manner previously unavailable to destruction.

Oh and yes, like Runefang, Daemonclaw stacks with abilities/potions by virtue of being a tactic.

[12893] Item will no longer seem to trigger a buff
[12896] Quest will now only give one Sentinel Waaaghat
[12803] All quest markers have been correctly set
[12768] All quest markers have been correctly set
[12970] All rewards of ToK unlocks are once again available
[12974] Seals of the Missioner and the Faithful should no longer drop
[12911] Corrected quest marker
[12892] Now you need a victim before sacrificing it. Also you can use your new granted power now
[12794] Sent out an Informant to infiltrate the Dawnbreak Elves
[12973] The Kill Quest is now repeatable as it should be.
[12986] After a talk with his tribe, Alvar is not getting attacked from his followers anymore.
[12983] The shortcut for the lockbox has been removed.
Top
Ads

Thanks for your work!

Mirroring runefang (especially the amount of ws it gives) seems a little bit off in a tree (or a class) that focuses on spririt damage and a 25% parry selfbuff... but we'll see where this is going.

- New Tactic Daemonclaw placed at 9 points Path of Dread - "Whenever you critically hit an Enemy with a Great Weapon, your Strength, Weapon Skill, and Initiative will be increased by X for 10 seconds. This effect will not refresh itself." Effect is an enchantment.

I honestly see this tactic exaggerating for a class that offensively, even being tank is already very strong. I think KOTBS has this tactic because of the lack of spiritual damage like Chosen.

Yes, I play with chosen!
Top

Is that a nerf patch chosen?
Top

So it has to be specced for, it is way worse than runefang and it gives weapon skill in a tree which is focused on spiritual damage? 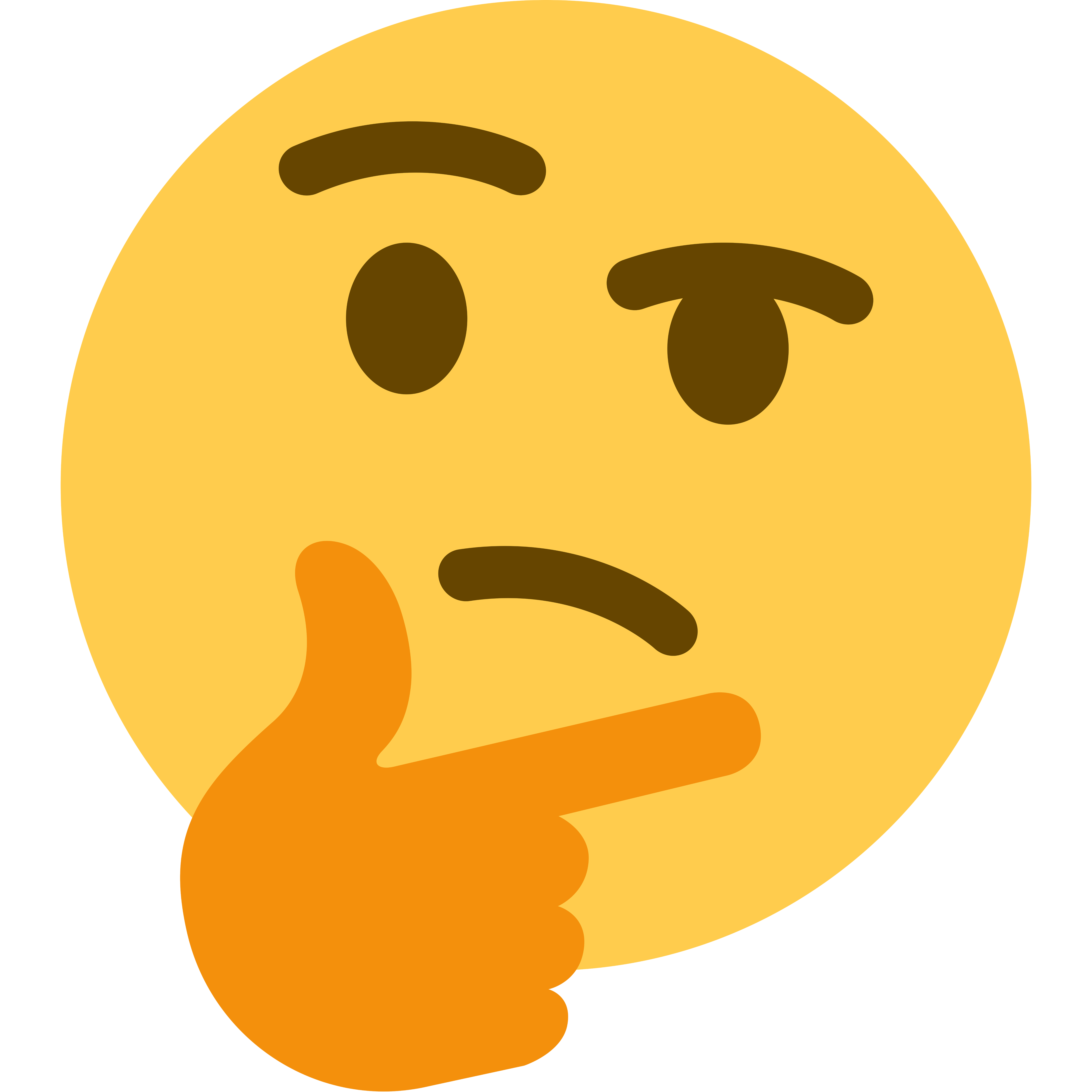 Alfinnete wrote: ↑
Sun Dec 30, 2018 12:39 pm
I honestly see this tactic exaggerating for a class that offensively, even being tank is already very strong. I think KOTBS has this tactic because of the lack of spiritual damage like Chosen.

Yes, I play with chosen!

Chosen? Effective offensive tank? What am I reading
Top

rmpl wrote: ↑
Sun Dec 30, 2018 12:44 pm
So it has to be specced for, it is way worse than runefang and it gives weapon skill in a tree which is focused on spiritual damage?

Alfinnete wrote: ↑
Sun Dec 30, 2018 12:39 pm
I honestly see this tactic exaggerating for a class that offensively, even being tank is already very strong. I think KOTBS has this tactic because of the lack of spiritual damage like Chosen.

Yes, I play with chosen!

Chosen? Effective offensive tank? What am I reading

You certainly did not get it ... no problem.
Top
Ads

Oh did I? Please, elaborate
Top

What kind of disliked by me nerf it is..... Break the main point of a chosen in a comp , just to give a little solo boost not even comparable to the kotbs one (420 stat minus) . Give Weaponskill when we scale on spirit damage....
K order , you win this one , no more offensiv chosen , lets all **** roll 2 h kotbs with double stacking (runefang m2) that can dps more than some dps and have more utility than destor tank.

Fixed it for you.
and
Sike.
Kotbs can't out-dps any decent dps class.
Twelves inches unbuffed