The latest news from the battlefront.
Find out what the developers are working on.

Forum rules
Before posting on this forum, be sure to read the Terms of Use
Post Reply
50 posts

Collateral wrote: ↑
Sat Dec 08, 2018 4:50 pm
Extracted some stuff with machinima and did some very basic blender work on this helm. It can be done, but the problem of course are textures. I am no moddeler and I have no idea really how any of that works. There is a lot of old concept art, like stuff from Ted Beargon which I used for the helm. Simple stuff like greenskin assets can basically be a rework of exsisting stuff, which doesn't take a whole lot of work I imagine. But some other things are obviously more complicated and nubs like me can't really do it 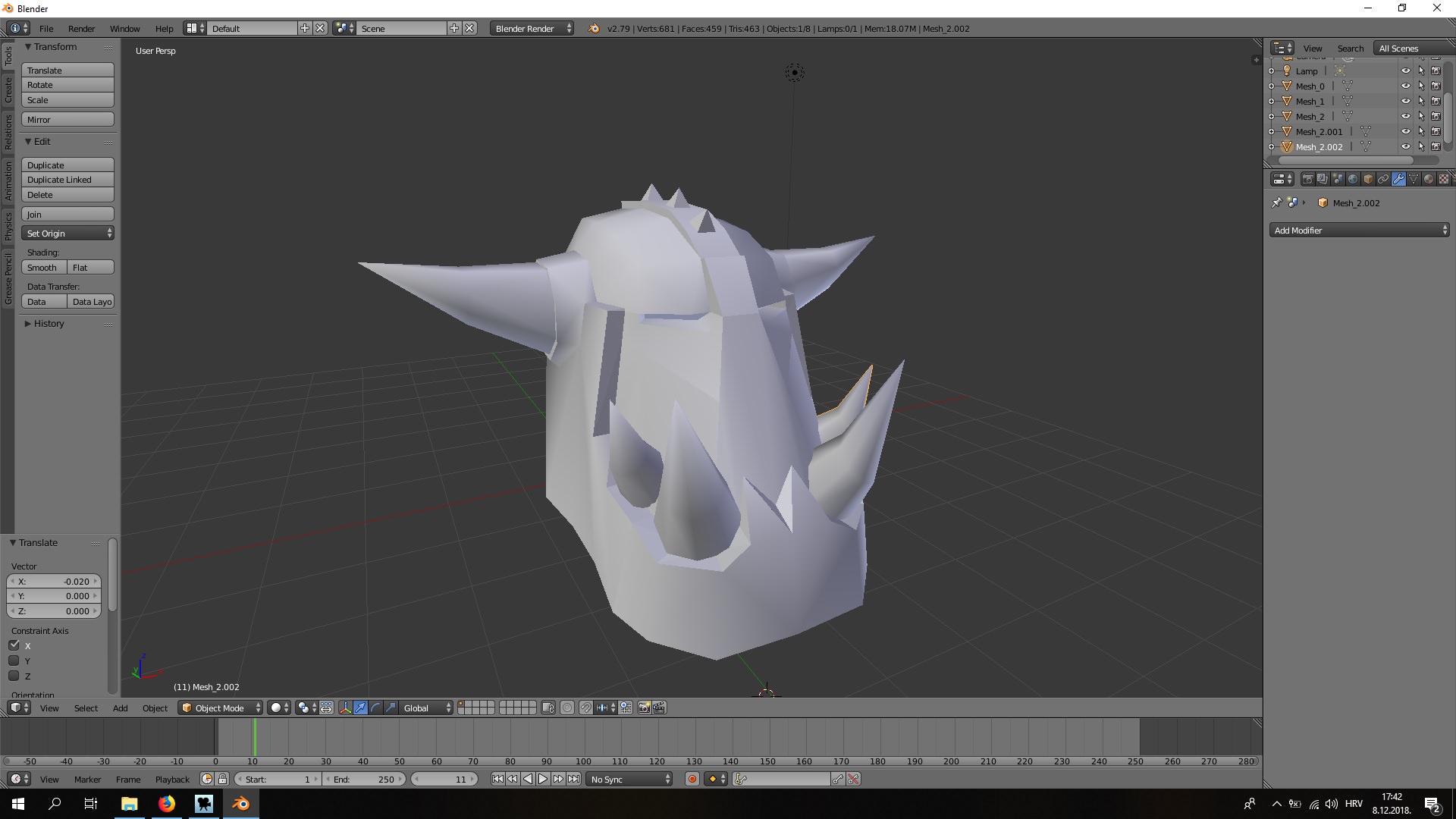 So. Using this trick to extract body parts is doable ( ninjaripper, machinima...) but all these tricks don't extract "original" file. They interpolate and convert (kinda). And when this done, the question is : How do we convert it to client convenient file format? :p. According atm, we are unable to, this make this process useless

Well I don't know what format the client needs. And yes I also remember paura imported assets from other games somehow, or used skins on existing ones I'm not sure.

Im up for helping! I have some 3d background and would love to learn even more helping with the project! Added you @yaliskah
Akuraz|Kimochiii
www.twitch.tv/XTAZIZ
Top

We need the Gamebryo to import the files, once they are done. without that we will be a little bit lost... but in the meanwhile we can create interesting things!
Top

EvanKlein wrote: ↑
Fri Dec 14, 2018 7:24 am
We need the Gamebryo to import the files, once they are done. without that we will be a little bit lost... but in the meanwhile we can create interesting things!

I don't know why you would need an engine for that. As said earlier, it was already done.
Spoiler:
Click here to watch on YouTube
People that mod fallout games don't do it in an engine that costs $30k I'm quite sure. They have modding kits that edit the game archives. Also, in that thread from paura, Wargim said that they can already edit myp files and that it was not impossible, but the problem at the time was client control and being able to push the changes to users. This is of course not a problem anymore. So I don't understand what Yali is exactly saying. You can use EasyMYP to open the archives, and apparently you can add new files and change existing ones. I imagine that's how paura did it before. And I'm pretty sure devs are aware of that. My problem is that it's not working for me for some reason. I might just be completely wrong about everything.

Edit: It's not that I completely don't understand Yali. I can see where the problem arises for me at least. You can extract geoms with machinima, which converts it to obj (so you can edit them with things like blender). You can also extract geoms with EasyMYP, but I don't know how you would then convert them to a readable format for 3d programs like blender. The problem for me (and for devs I suppose) is when I replace a file in easyMYP, machinima can't read it, it says there are no vertices in the model. Even if the extension is geom, like all the others it can read (and even if I replace it with the same model I extracted). The only difference I see in easyMYP is the compression method, the new files don't have any (or ==0; ==1 means it's zlib compression). I don't see how that would affect the ability to see the model though (I'm a total noob so what do I know). In any case, hopefully devs can get in contact with paura

Some stuff for anyone who is interested in 3d Warhammer modeling.

Today has come out a mod for elder scroll morrowind, called rebirth, the curious thing is that they have used a technique called esrgan.

"Enhanced super resolution generative adverserial networks, or ESRGAN, is an upscaling method that takes an low-res image and adds realistic details to it. By doing it over several passes with the goal of fooling its adverserial part, it will usually produce an image with more fidelity and realism than past methods. " It tried out ESRGAN on some warhammer textures. Not perfect, but especially textures like wood and stone surfaces or ground looked pretty good when upscaled using that tool.

But waifu2x seem to do a pretty good job on the textures as well: http://waifu2x.udp.jp/

After testing a bit more I would say that waifu2x does a better job on warhammer textures than ESRGAN. I think it is because ESRGAN is made for photos, but waifu2x for artwork, and the warhammer online textures are more like artwork rather than photo realistic stuff.

Here is a test with one of the textures: 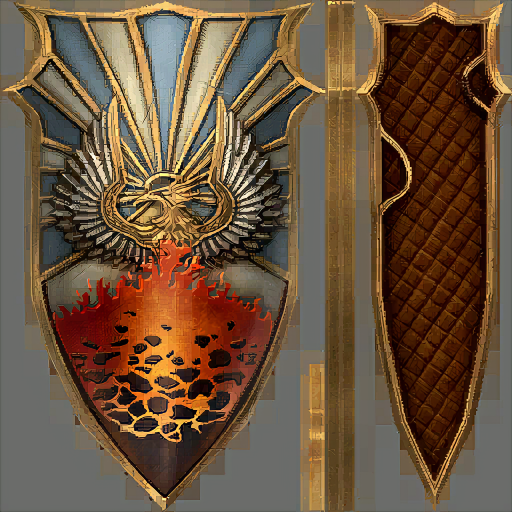 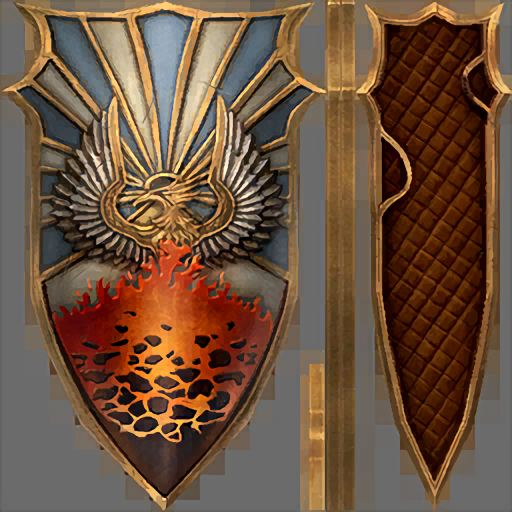 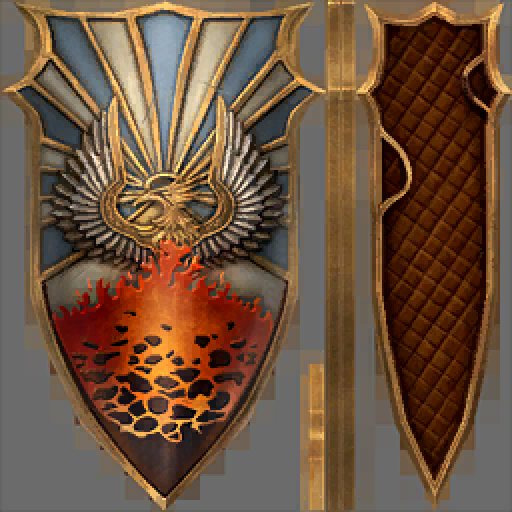 IMHO, waifu2x is the clear winner, and it would be a big improvement to scale up all textures using that. Then more manual upscaling could be done later.

agree I have ever used waifu2x and the truth is that it does miracles with low resolution images in exchange for a small blur effect.
Perche choppa rr100 RIp
Dizparate squid rr100 Rip